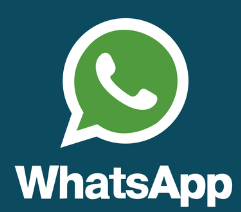 Hubei province has completed an aerial survey of all sewage outlets that discharge into the area along the Yangtze River and its tributaries that flow through the province.

It was the first time that the province carried out such a full-scale survey, which also serves as important groundwork for a national campaign, launched this February, to comb the banks of the Yangtze River and map all such outlets along the country's longest waterway.

The aerial survey was the first step in the campaign to clarify the exact number of sewage outlets and how much they discharge before the government undertakes more tailor-made measures to improve the water quality.

From July 10 to 31, the survey in Hubei collected 185,294 photos and covered 11,212 square kilometers within 5 kilometers of the rivers, successfully finishing the work in the Yangtze River's largest and longest drainage region.

It is one of the 11 provincial-level regions along the Yangtze River Economic Belt engaged in the campaign.

According to the provincial ecology and environment bureau, Hubei province accounts for more than one-quarter of the Yangtze basin area that flows into the Yangtze River, Hanjiang River and Qingjiang River.

"The water system is complex and the coastal topography and landforms are various. The task is very heavy and the time is urgent," it said.

Ma Li, director of the remote sensing institute Yangtze River Space Information Engineering Technology Company, said the survey was conducted during the rainy season and Hubei happened to be very rainy this year.

"It was difficult for aircraft to take off in the rain, and the clouds were very thick and low. The aerial pictures basically snapped clouds all the time," he said, adding that lack of airspace control due to frequent military operations also factored into the difficulty of the effort.

To ensure the survey could be carried out smoothly, teams of experts used various aircraft including unmanned aerial vehicles, manned fixed-wing aircraft and helicopters that were equipped with large aerial cameras and thermal infrared sensors to collect data.

"We sent as many planes as possible whenever the weather allowed and ensured that we took the shot first regardless of the quality. We could edit the pictures afterward," Ma said.

He said most of the time they sent manned aircraft first, which could fly for a relatively longer time and cover a wide area. Then they used unmanned drones, which tend to be more agile and weather resistant, to fill in small and difficult areas.

The thermal infrared camera mounted on the drones also helped capture photos of the shoreline at night to spot the outlets by the difference in sewage temperature.

These pictures will be analyzed by experts from the ministry to locate suspected sewage outlets before they take on-site trips to map out all of them.

Early this year, the Ministry of Ecology and Environment and the National Development and Reform Commission released a circular on Yangtze restoration, vowing to comprehensively improve water quality by 2020.